Produced in limited numbers, it was used almost entirely in the reconnaissance role, but in its few uses as a bomber, it proved to be nearly impossible to intercept. It was the last Luftwaffe aircraft to fly over Britain during the war, in April 1945.

The front fuselage may is a little challenge for the dome-shaped front end. You can also check out the construction photo at another example (Boeing B-29 Superfortress).

Wings of the Luftwaffe: Arado Ar-234. 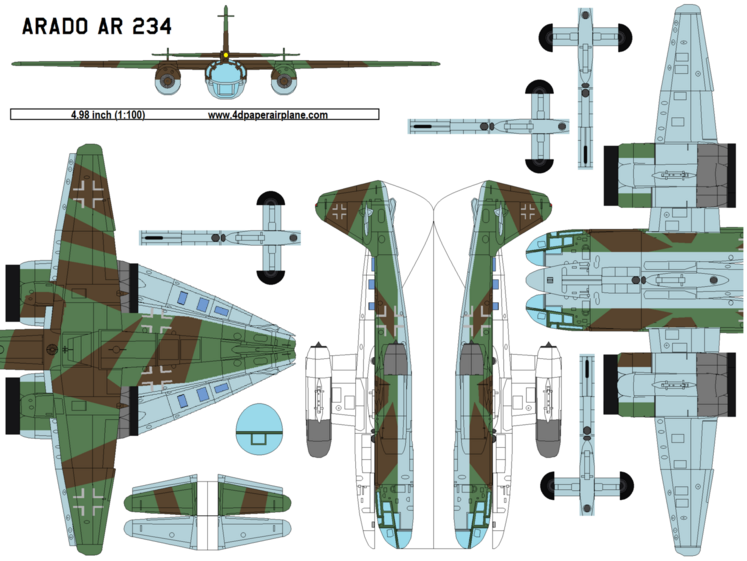 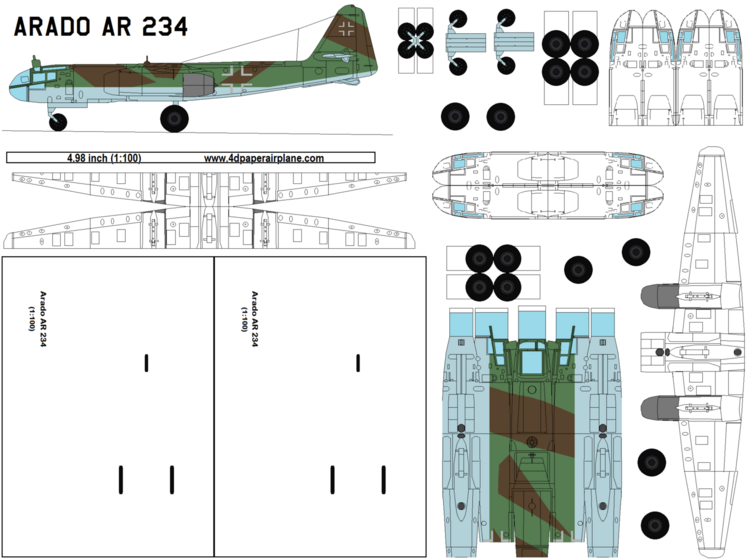