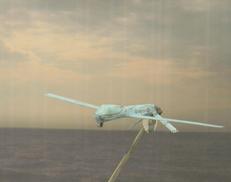 The high aspect ratio wing (long narrow wing) airplane is more sensitive for its "aileron effects". It demands more precision both at construction and flying-test adjustment on 4D models. The crafting of 4D plane with high aspect wing can be more challenge since paper can be easily be twisted and turned during/after construction. Check aileron and basic aerodynamics.