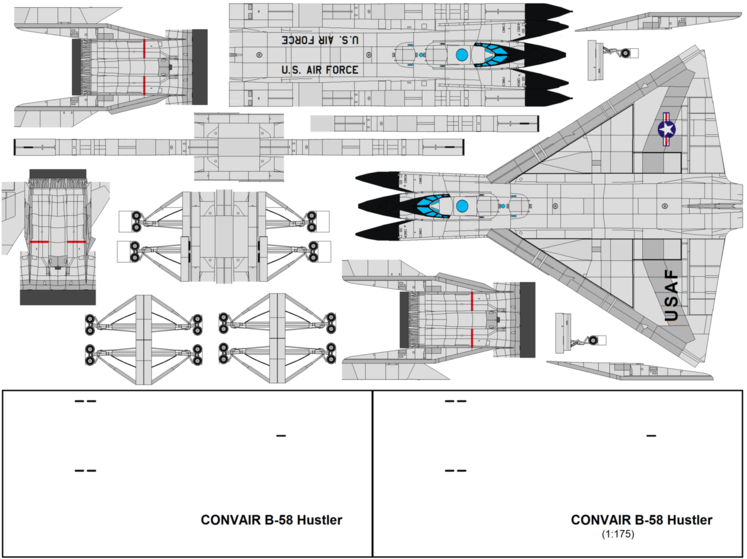 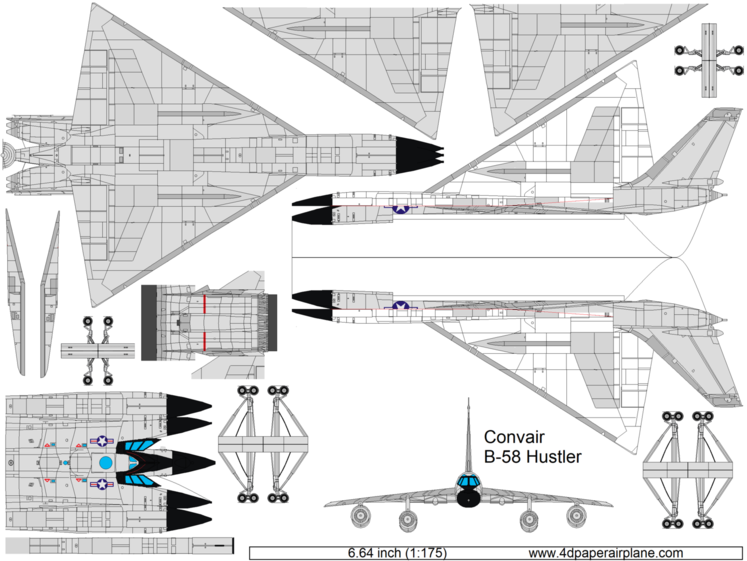 The B-58 Hustler: Our First Supersonic Mach 2 Bomber.

The 4D model of Convair B-58 Hustler.

The front-fuselage is differently structured. Use the wood-caste helped to shape the main wing.

Fly well, straight, tip-up of the delta wing for left. The adjusted weight is posted.

The Convair B-58 Hustler was the first operational jet bomber capable of Mach 2 flight. The aircraft was designed by Convair and developed for the United States Air Force (USAF) for service in the Strategic Air Command (SAC) during the 1960s. It used a delta wing, which was also employed by Convair fighters such as the F-102, with four General Electric J79 engines in underwing pods. It carried five nuclear weapons; four on pylons under the wings, and one nuclear weapon and fuel in a combination bomb/fuel pod under the fuselage, rather than in an internal bomb bay.

Replacing the Boeing B-47 Stratojet medium bomber, it was originally intended to fly at high altitudes and supersonic speeds to avoid Soviet fighters. The B-58 was notorious for its sonic boom, which was often heard by the public as it passed overhead in supersonic flight.

The introduction of highly-accurate Soviet surface-to-air missiles forced the B-58 into a low-level-penetration role that severely limited its range and strategic value, and it was never employed to deliver conventional bombs. This resulted in only a brief operational career between 1960 and 1970 when the B-58 was succeeded by the smaller, swing-wing FB-111A.