The Stearman (Boeing) Model 75 is a biplane formerly used as a military trainer aircraft, of which at least 10,626 were built in the United States during the 1930s and 1940s. Stearman Aircraft became a subsidiary of Boeing in 1934. Widely known as the Stearman, Boeing Stearman or Kaydet, it served as a primary trainer for the United States Army Air Forces, the United States Navy (as the NS & N2S), and with the Royal Canadian Air Force as the Kaydet throughout World War II. After the conflict was over, thousands of surplus aircraft were sold on the civilian market. In the immediate postwar years they became popular as crop dusters, sports planes, and for aerobatic and wing walking use in air shows.

Be sure both sides of both wings were lined up well (no twist between four sides).

The weight-adjusted well to fly in my hand (this also depend on how much you will slide in of the front fuselage. More weight can be added. Make sure use light-weight paper to print out. 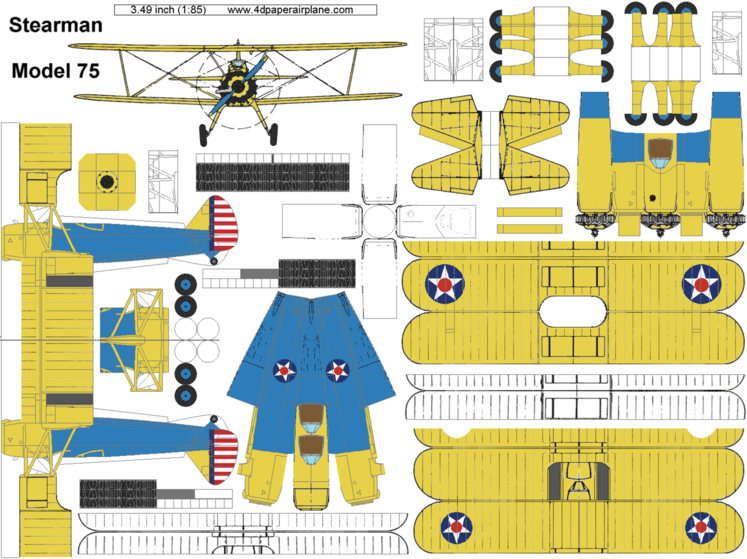