The Sukhoi Su-27 (NATO reporting name: Flanker) is a twin-engine super maneuverable fighter aircraft designed by Sukhoi. It was intended as a direct competitor for the large United States fourth-generation fighters such as the Grumman F-14 Tomcat and F-15 Eagle, with 3,530-kilometre (1,910 nmi) range, heavy aircraft ordnance, sophisticated avionics, and high maneuverability. The Su-27 was designed for air superiority missions, and subsequent variants are able to perform almost all aerial warfare operations. It was designed with the Mikoyan MiG-29 as its complement.

The Su-27 entered service with the Soviet Air Forces in 1985. The primary role was long-range air defense against American SAC B-1B and B-52G/H bombers, protecting the Soviet coast from aircraft carriers and flying long-range fighter escort for Soviet heavy bombers such as the Tu-95 "Bear", Tu-22M "Backfire" and Tu-160 "Blackjack".

There are several related developments of the Su-27 design. The Su-30 is a two-seat, dual-role fighter for all-weather, air-to-air and air-to-surface deep interdiction missions. The Su-33 'Flanker-D' is a naval fleet defense interceptor for use on aircraft carriers. Further versions include the side-by-side two-seat Su-34 'Fullback' strike/fighter-bomber variant, and the Su-35 'Flanker-E' improved air superiority and multi-role fighter. The Shenyang J-11 is a Chinese license-built version of the Su-27. 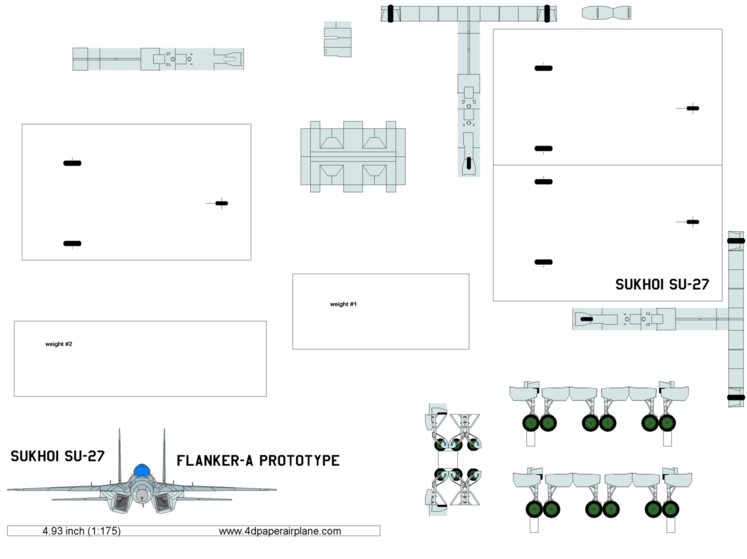 Building the SU 27 - The Best Fighter Jet in the World. 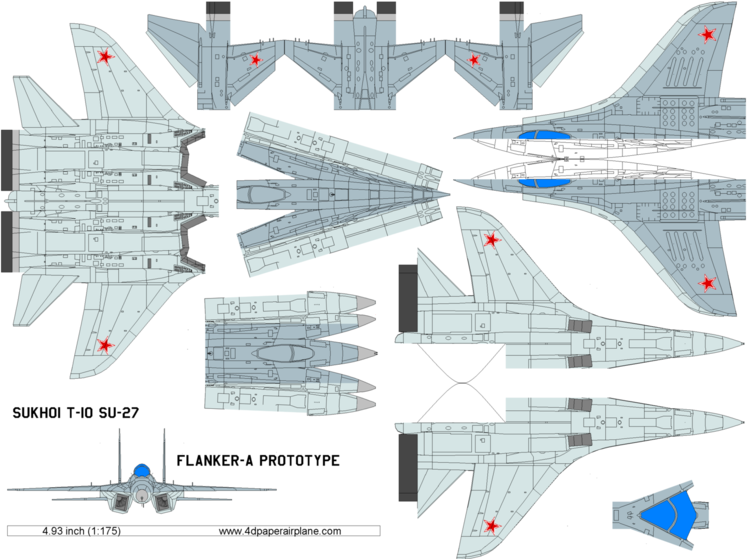 Fly well. Two weights posted for the different flying characters. The heavier weight is for more straight further flying. You can have both weights exchangeable to experimenting.