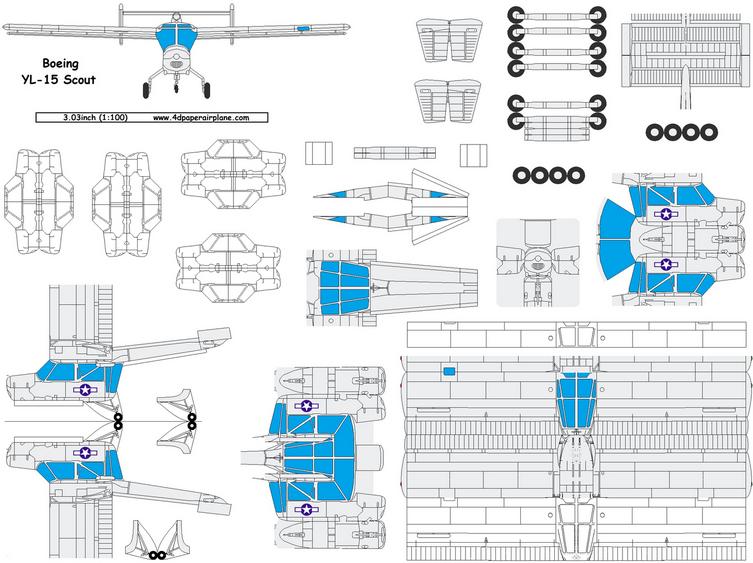 The Boeing L-15 Scout or YL-15 was a small, piston-engine liaison aircraft built by Boeing in very small numbers after World War II. It was a short take-off and landing (STOL) aircraft powered by a 125 hp Lycoming engine. The L-15 was an attempt by Boeing to expand its product line as World War II drew to a close, and Boeing's production of combat aircraft declined. Boeing decided against marketing the L-15 as a general aviation aircraft, and the twelve that were produced went to the United States Army for testing, then were transferred to the United States Fish and Wildlife Service in Alaska for various duties.

The scout was a conventional geared aircraft that was also tested on ski and float gear. The unique fuselage tapered sharply behind the pilot similar to a helicopter fuselage, with a high-mounted boom supporting the tail surfaces. The original design included a single vertical stabilizer, but two small downward-mounted stabilizers were used on production models. Spoiler-ailerons were used for roll control, and full-length flaps were mounted on the trailing edge of the wings. The rear fuselage was all-window, and the tandem co-pilot could swivel the chair rearward.

Although its cruise speed was only 101 mph, the aircraft was rated to be towed by another aircraft at speeds up to 160 mph.

One airworthy example still exists, owned by the same family for over 63 years (YL-15 EAA video)