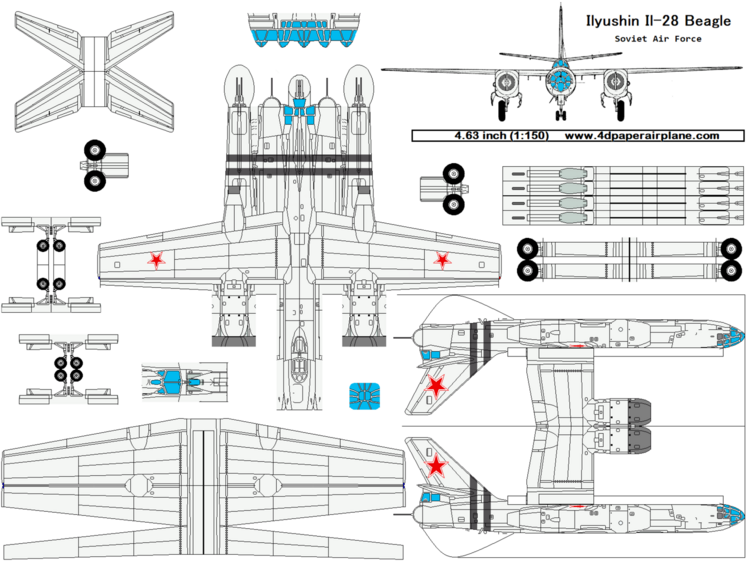 The top wing-fuselage piece may is a little challenge for the tail gunner chamber. 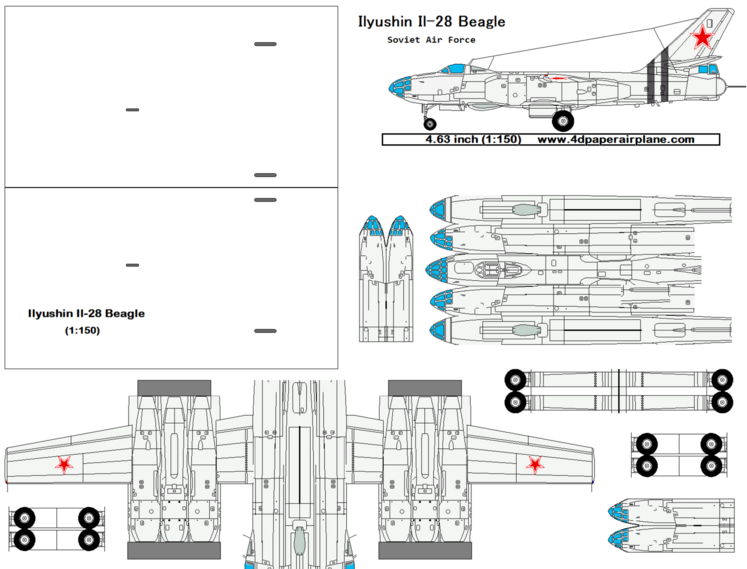 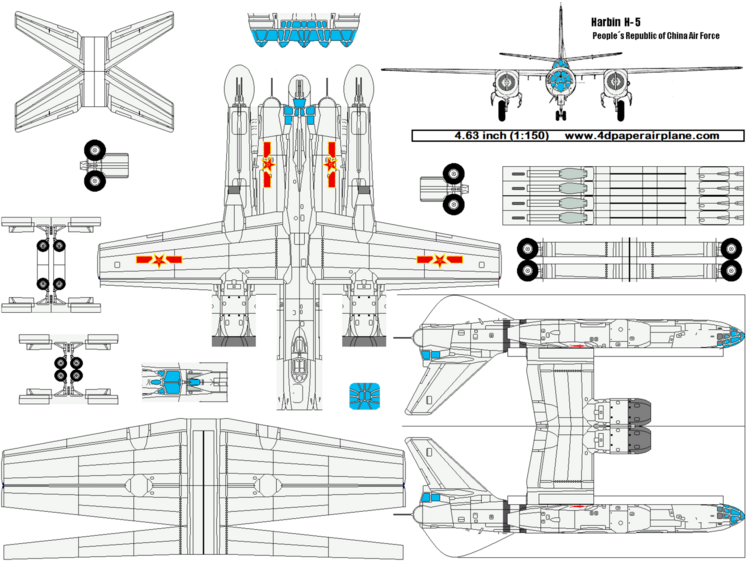 The Ilyushin Il-28 (NATO reporting name: Beagle) is a jet bomber of the immediate postwar period that was originally manufactured for the Soviet Air Forces. It was the Soviet Union's first such aircraft to enter large-scale production. It was also license-built in China as the Harbin H-5. Total production in the USSR was 6,316 aircraft, and over 319 H-5s were built. Only 187 examples of the HJ-5 training variant were manufactured. In the 1990s hundreds remained in service with various air forces over 50 years after the Il-28 first appeared. The only H-5s in service currently are approximately 80 aircraft which operate with the Korean People's Air Force. The Il-28 has the USAF/DoD reporting name "Type 27" and NATO reporting name "Beagle", while the Il-28U trainer variant has the USAF/DoD reporting name "Type 30" and NATO reporting name Mascot. 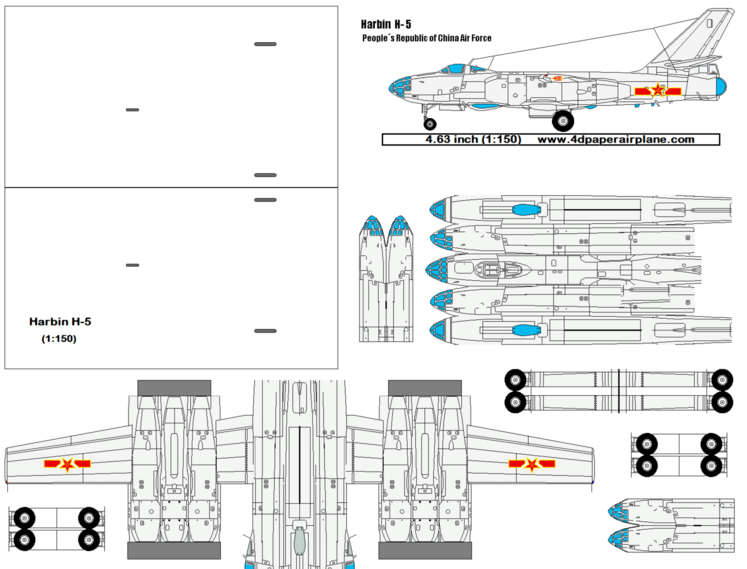