It's relatively straight forward to make. That is why the skill index is 3 for this 4D model.

​​To fly, adjust the main wing accordingly. Check out "washout" for the swept version and aileron function for the spread version. There is a big difference from the adjustment, for its fly or not fly. The how much of knowing to make the adjustment could make the skill index of this model to 10. 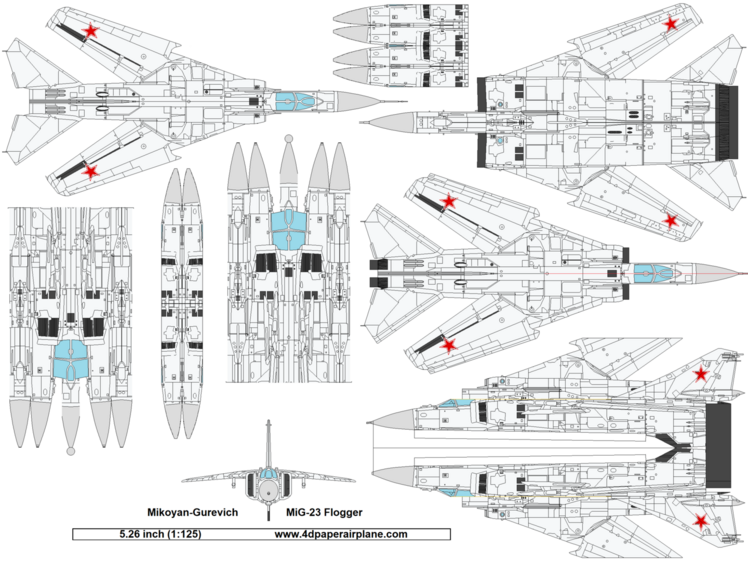 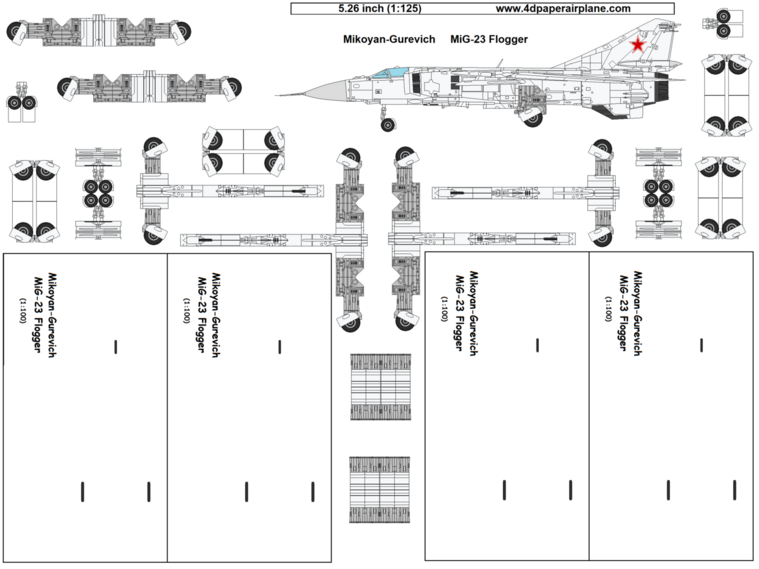 Wings of the Red Star MiG 23! The Swing Wing Solution!.

The MiG-23's predecessor, the MiG-21, was fast and agile, but limited in its operational capabilities by its primitive radar, short-range, and limited weapons load (restricted in some aircraft to a pair of short-range R-3/K-13 (AA-2 "Atoll") air-to-air missiles). Work began on a replacement for the MiG-21 in the early 1960s. The new aircraft was required to have better performance and range than the MiG-21 while carrying more capable avionics and weapons including beyond-visual-range (BVR) missiles. A major design consideration was take-off and landing performance. The VVS demanded the new aircraft have a much shorter take-off run. Low-level speed and handling was also to be improved over the MiG-21. Maneuverability was not an urgent requirement. This led Mikoyan to consider two options: lift jets, to provide an additional lift component, and variable-geometry wings, which had been developed by TsAGI for both "clean-sheet" aircraft designs and adaptations of existing designs.

The first option, for an aircraft fitted with lift jets, resulted in the "23-01", also known as the MiG-23PD (Podyomnye Dvigatyeli – lift jet), was a tailed delta of similar layout to the smaller MiG-21 but with two lift jets in the fuselage. This first flew on 3 April 1967, but it soon became apparent that this configuration was unsatisfactory, as the lift jets became useless dead weight once airborne. Work on the second strand of development was carried out in parallel by a team led by A.A Andreyev, with MiG directed to build a variable-geometry prototype, the "23-11" in 1965.

The 23-11 featured variable-geometry wings which could be set to angles of 16, 45 and 72 degrees, and it was clearly more promising. The maiden flight of 23–11 took place on 10 June 1967, flown by the famous MiG test pilot Aleksandr Vasilyevich Fedotov (who set the absolute altitude record in 1977 in a Mikoyan-Gurevich MiG-25). Six more flight prototypes and two static-test prototypes were prepared for further flight and system testing. All featured the Tumansky R-27-300 turbojet engine with a thrust of 77 kN (17,300 lbf). The order to start series production of the MiG-23 was given in December 1967. The first production "MiG-23S" (NATO reporting name 'Flogger-A') took to the air on 21 May 1969, with Fedotov at the controls.

The General Dynamics F-111 and McDonnell Douglas F-4 Phantom II were the main Western influences on the MiG-23. The Soviets, however, wanted a much lighter, single-engined fighter to maximize agility. Both the F-111 and the MiG-23 were designed as fighters, but the heavyweight and inherent stability of the F-111 turned it into a long-range interdictor and kept it out of the fighter role. The MiG-23's designers kept the MiG-23 light and agile enough to dogfight with enemy fighters. 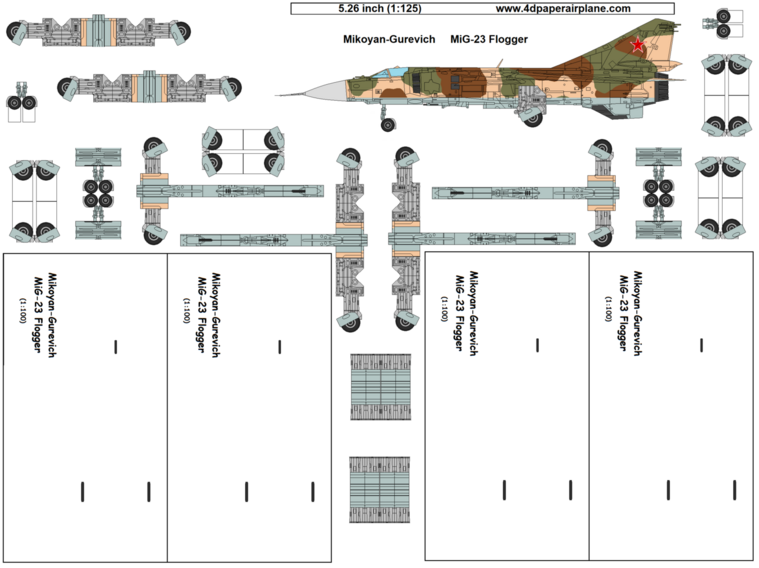 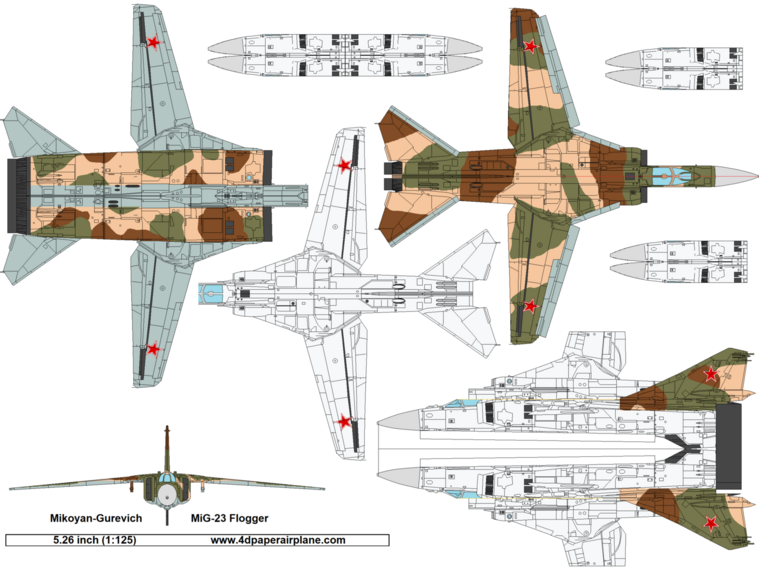 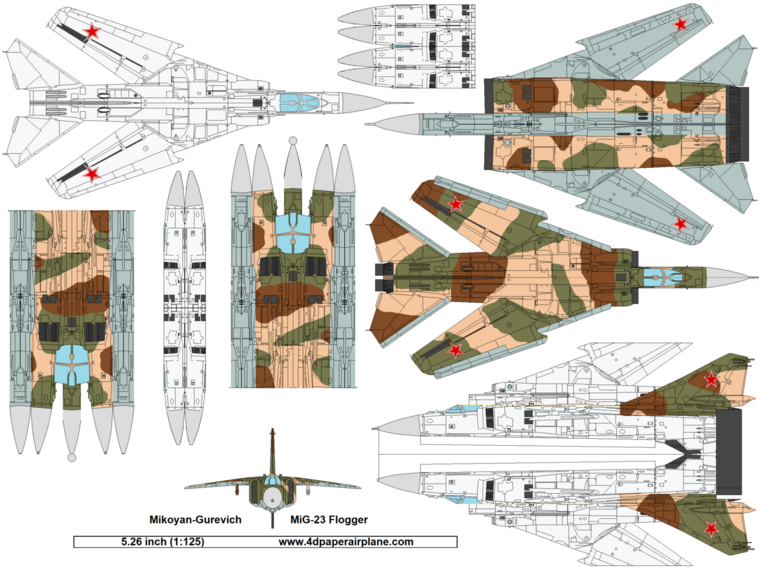 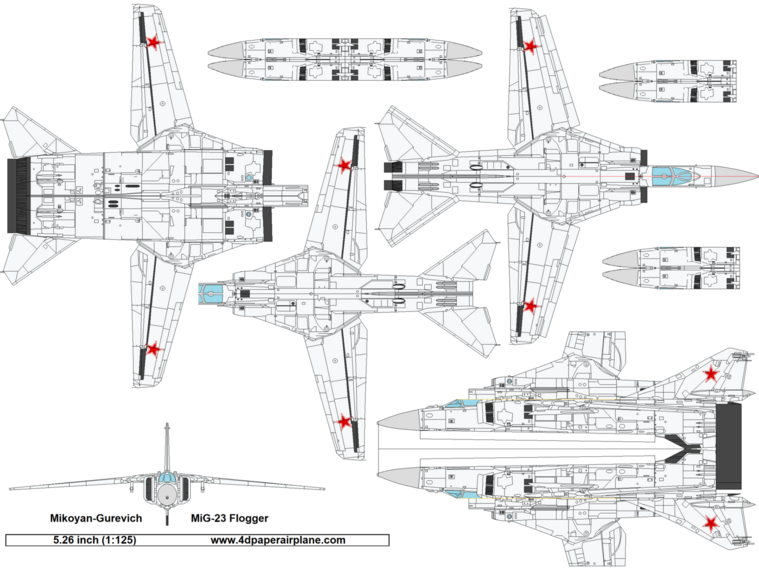