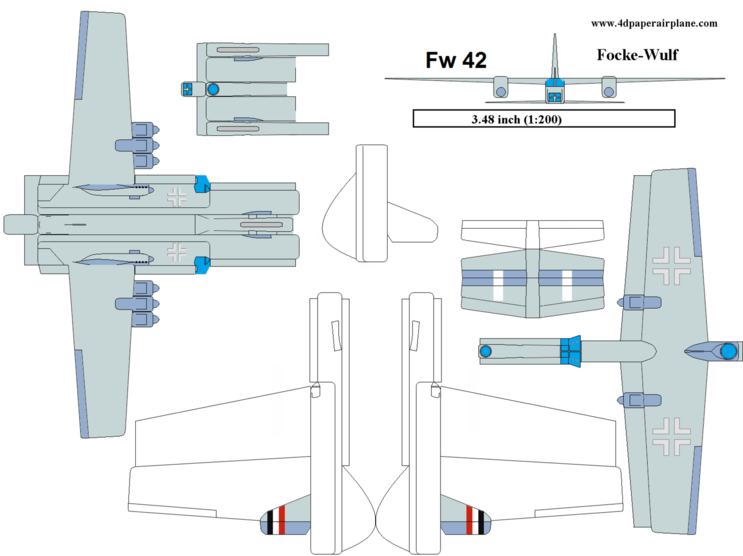 The Focke-Wulf Fw 42 was a design with canard configuration, intended for a medium bomber, by Focke-Wulf Flugzeugbau AG in Germany between 1931 and 1933, in response to a 1929 specification issued by the Air Department of the Reichswehr. Beside Luftwaffe, several air forces include Russians and Japanese expressed interest in the aircraft. Its advanced design was proved sound in wind tunnel testing, expected to provide a top speed of nearly 300 kilometres per hour (190 mph), and a range of over 1,200 kilometres (750 mi).  However, the Fw 42 failed to win a contract for development, and no examples of the type were ever built.

No examples of the type were ever built.

Fw 42 is a good model for beginners to build. The simple line of the fuselage is good to construct and the 4D model is ready for test fly with little adjustment. It’s also a good model to build up your flying skills.

The Fw 42 is a good 4D-model example for experimenting aerodynamic of an airplane which has never been made. You do not have to be curious anymore, you can test fly this canard design yourself now.