Notice: Each 4D model was designed at this scale with consideration of structural strength and weight distribution. There is some room to scale up-down with a given model’s design. However, if overly scaled up, it may weaken the structure of the model. If over scale down, it could become too heavy to fly.

The current 4D models were designed within the size of the printing paper. That also comes with consideration of supporting structure and aerodynamics. The same 4D design can be scaled up-down to some extent. But if put every model in the same scale, many of the design would need re-consider for structure reason. In general, the smaller paper model more likely to have weight and aerodynamic challenge; and the bigger paper model more likely to have a structure challenge with the use of paper. Take B-70 Valkyrie for example, at 125th scale, it would be more than 18 inches in length, longer than most printing paper. I am curious to know your scale of this model. But it's an interesting idea.

Paper: I have read a long and detail discussion on the internet about the paper to be used for a paper airplane, regarding the paper’s fiber texture, use of paper-whiteness, paper density and flexibility/stiffness et al, and their implication on dynamic and construction of the paper airplane. My take-home experience is: the heavier paper does cause the overall weight increase and leads to less desirable flying character. Whiting paper is good for printing quality but will increase weight and may also cause surface fraction (thus a drag for the model).


Glue: Certainly, liquid type of glue is not suitable since it often disturbs the printed color. Many other commonly used paper glue works. However, there is a considerable difference that some glue works fast than others. The fast glue do not allow much chance for adjusting once two paper attached, but is fast to shape it up and make some job easier.

For suggesting a model or color scheme

Making 4D model paper airplane. Instead of a detail “building instruction”, pictorial diagraphs were provided for illustration of designs. This will be somewhat challenging. But by doing so, everyone can come your own way of crafting and makes the model truly yours. Certainly, everyone does encourage to share any of your take-ups and know how. Be cautious that everyone’s technique may differ due to the different materials used, such as the make of paper and glue. It also has to do with the tools available or created.

Choosing your model: For people who fascinated with the airplane, there could be many reasons for interesting a given aircraft and of craving to have its 4D model in the collection. History events, a peculiar wing layout (delta wing, forward wing, canard wing,…), most famous, most beautiful, most produced, best and, yes even worst aircraft have all be reasons to catch my attention on each specific aircraft.

Before taking on the project, take some time to know your aircraft. Your connection to the model will help you to go much further such as pay more attention to the details of crafting and lead to a solid-built model. As happened to me many times, the solid construction is essential for a good test fly.

However, some models are harder than others to construct or to take it to fly (see skill level index for reference). The challenge of construction often depends on the complexity of aircraft shape. The flying character is often related to aircraft intrinsic design. Modern airplanes are designed for higher speed with a smaller wing area to reduce the drag. It is much hard to match those aerodynamic with paper model and therefore harder to make it fly. In general, it would be better to start your project on airplane design/produced during 30-50’s with a simple construction (4D models with less piece to assemble generally would be on the easier side for construction).

My first 4D model is Aermacchi-Lockheed AL-60 Conestoga  (under the category of STOL/small airplane). The airplane has a square-ish shape (relatively easy to construct), it takes me 7 tries to be satisfied. This model would be a good starter.

4D model has been stood with its 4th dimension on the action. All 4D models this far are the fixed-wing glider. I have eyed on Osprey from the fixed-wing side of the airplane. I could make a helicopter as a non-acton 3D model. Making 4D helicopter model is a little challenge mainly for having turnable, weight-bearing propellers. Although, It's not impossible.

Scale for your models: Most of the 4D-airplanes were scaled to fit in one printing paper, which will come out in size suited for indoor play. The intended scale (was showed within a bar-square) is indicated in the printout. The number of the inch is the intended length of the model for the scale. An example: for Douglas TBD-1 Devastator, it shows a bar square with 3.36 inch (1:125). This means in your print out, if the length of the bar square is 3.36 inch, your scale is 1:125. Adjust your scale for print if needed. There is more demo to adjust the scale. 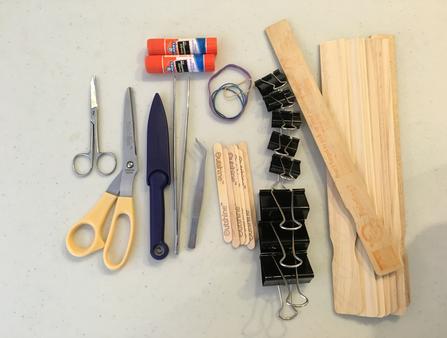 Tools I used (not included in the photo: color printer)

​how to make a paper airplane 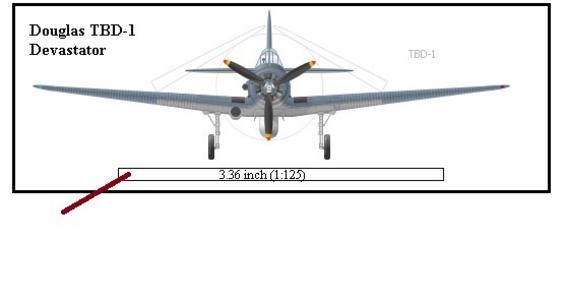